Getting engaged can be an exciting time, but choosing the wedding ring is often a chore. It’s hard to know what the other person likes, and you know that they will be wearing it for decades, so it had better be what she wants. Getting a diamond engagement ring is a traditional way to get engaged. These can be very elegant rings that aren’t too fussy. If you aren’t sure how to buy a diamond wedding ring, there are a few things to think about before you get started.

If you are looking for inexpensive real diamond engagement rings, these may be made with gems other than diamond such as topaz or sapphire. These make interesting diamond rings, and they can be a fun way to split with tradition while still having an elegant ring that is loved. If you talk to a jewelry designer, you can get many ideas for interesting ring designs that you might want to try instead of a more traditional one. It all depends on how traditional the bride-to-be is and what she sees as her perfect engagement ring. You can always ask her what style she would like, though that might ruin the surprise.

Marriage is supposed to last forever, but you need only take a look at the nation’s divorce rates to know that that is not always the case. Many studies in the past have tried to figure out what glue can hold a marriage together the best — with mixed results.

Multiplatform wedding resource the Knot found that 68% of brides find themselves thinking about their wedding budget and finances all the time; 49% of couples have had a number of difficult discussions regarding their budget; and 21% of all couples will spend more than they can afford on the wedding. Not a very good way for a couple to start the rest of their life together. At the same time, a 2015 study found that far-off, intimate wedding settings can be more cost-efficient. While the average wedding in the United Kingdom costs $31,000, a destination wedding can cost between only $9,000 and $11,000.

What’s interesting, though, is that two different studies on the same topic that appeared only months apart came to very different conclusions. One found that men are spending an average of about $6,000 on engagement rings, and that it’s best to buy the most expensive ring a person can afford. The other study found that spending between $2,000 and $4,000 on an engagement ring was associated with an 1.3 times increase in the chances of getting divorced, compared with spending between $500 and $2,000.

In the first study, the Knot surveyed over 12,000 brides and 1,200 grooms in the U.S. in 2015, and found that on average, men spend $5,978 on engagement rings, and that 68% of of brides knew how much was being spent on their engagement rings. The study also found that it took men about 4.8 months to research the ring, and 3.6 months to find the perfect one. They also looked at about 25 rings before finding the right one. That being said, women also helped in the search, too. Eight out of 10 men said that their significant other gave hints, while 36% actually pointed out the exact ring they wanted. One in 10 even left ads lying around.

“Definitely throw out the old two-months salary rule when figuring out your budget,” said Kellie Gould, editor-in-chief of the Knot. “Instead, find out what kind of ring your soon-to-be spouse really wants by asking them directly, consulting one of their friends or a family member, or by browsing together. We recommend buying the best ring that you can afford.”

At the same time, two economists, Professors Andrew Francis and Hugo Mialon, surveyed surveyed 3,370 people on mTurk, Amazon’s TaskRabbit-like “work” marketplace and found that couples were more likely to get divorced if they spent between $2,000 and $4,000 on engagement rings rather than $500 to $2,000.

That’s not all, either. The same trend was found in wedding expenditures: spending $20,000 on a wedding made women 3.5 times more likely to get divorced. Spending $1,000 or less on a wedding significantly reduces women’s risk of divorce, and actually cuts it in half for men.

“I believe we spend too much time focusing on the aesthetics related to our engagements and weddings,” said Erin Thornton, Owner/Operator of Boondocks Events. “Don’t get me wrong, those details are very important, but even more important is the person with whom you are building your life.”

Thornton added, “Engagement rings are special because of the person that has picked it out for you. I believe firmly that you should never go into debt for an engagement ring, but with so many with varying levels of income and savings there is no blanket amount or percentage that one should spend on an engagement ring. Responsible spending, linked with a unique desire to seal your commitment with a symbol as meaningful as an engagement ring is the real focus of giving a ring.” 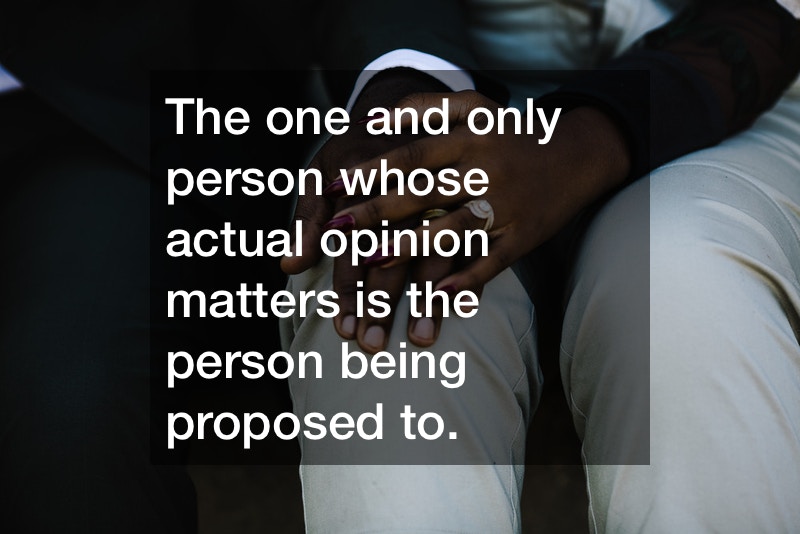 However, the question still remains: which study should be trusted? While it may seem tempting to lean towards the cheaper study, the realistic answer is neither. The one and only person whose actual opinion matters is the person being proposed to. Communicating openly, realistically, and honestly about finances should ultimately be the best way to reach a happy conclusion.