The World Wide Web is an amazing place, allowing communication nearly instantaneously across vast distances. We say “nearly,” however, because communication typically isn’t perfectly instant. There is typically a small delay between the various pieces of hardware, including personal computers and servers.

Much of the game and the data are being processed on servers rather than your personal computer or video game console. It takes time for the servers and your personal hardware to communicate and coordinate, resulting in network latency.

Server latency can be impacted by many different things, including your internet connection. Hardware also plays a role, including both your device and the servers owned by whichever organization is hosting the online game. Better hardware often leads to less lag.

Distance between your PC and the server can also result in higher latency. If you’re located in Nebraska, but the server you’re communicating with is located in Miami, you may face higher latency than say another gamer in Atlanta using the same servers. At the end of the day, less latency is better. 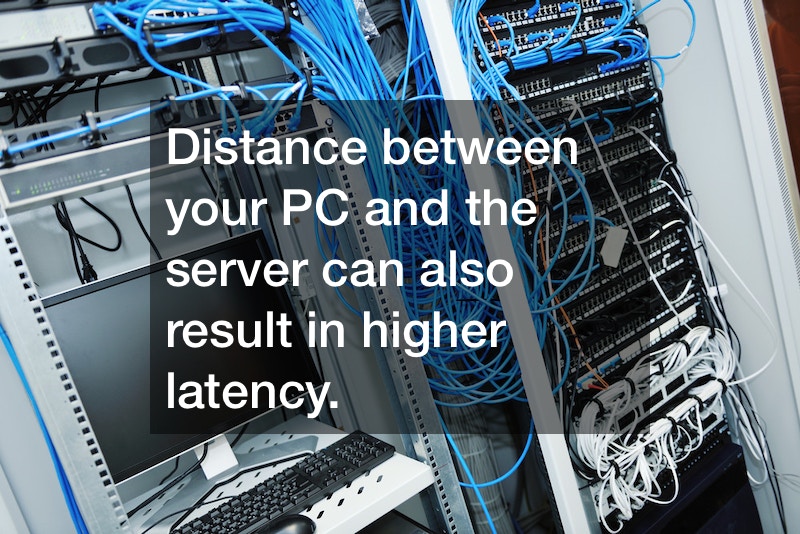