If you have found one or more bed bugs in your home, you have an emergency situation. You need to call out a company that can do bed bug control as soon as possible. These biting insects reproduce very quickly, and they can infest every room in your home. Getting bed bug bites can hurt and itch, and it’s unsightly on your hands, arms, legs, and even face. Are bed bugs spotted outside the bedroom? If so, you may have a more serious infestation than you know.

A bed bug treatment that will kill them is to apply heat to the area with a special machine. This will heat up to a temperature that is fatal for bed bugs and keep them heated up for long enough to kill them. This is an effective treatment for bed bugs, and it doesn’t require any poisons to be used. If you want to avoid bed bugs after your infestation, there are a few things you can do. Get rid of excessive clutter. Having a lot of decor items provide more spaces for them to infest and hide in. You can also check your mattress regularly to make sure that there aren’t new ones.

If tiny parasites have been crawling over you and biting your skin in your sleep, no one would blame you if you felt traumatized. In fact, several, scientific studies have found that bed bugs can leave people so disturbed that it’s actually normal for them to feel anxious, depressed, and even paranoid.

“If you have bed bugs, and if you don’t care, that’s not a normal reaction,” says University of Montreal researcher Stéphane Perron. “You should be worried. I would consider it a normal reaction to a stressor.”

Perron has studied the psychological effects of dealing with bed bugs, and has published a number of different papers on the topic. In one particular paper, Perron and his team surveyed the tenants of apartments that had some bed bug infested units, and other uninfested units. The survey found that those tenants who’d had bed bugs were far more likely to suffer from anxiety and sleep disturbances than those who didn’t have bed bugs.

Perron isn’t the only one looking at the psychological effects of bed bug infestations. Mississippi State University’s medical entomologist Jerome Goddard compared web forum posts on bed bug related websites to a checklist of post-traumatic stress disorder symptoms. He and his team found that 81% of the people writing on these sites were describing emotional and psychological effects akin with PTSD, like paranoia, obsessive thoughts, and even hyper-vigilance.

Although he and his team didn’t actually diagnose the forum users, Goddard notes that “One person scored high enough to actually be considered a PTSD patient.”

In yet another study, researchers sent out questionnaires to seven different cities, asking people to describe the reaction they had to bed bug bites. Physical reactions aside, 29% said that they suffered from insomnia; 22% reported having had emotional distress; and 20% said they even had anxiety.

However, such studies should be taken with a grain of salt. Many either couldn’t or failed to obtain the mental state of their participants before the bed bug infestation, which means that — although it’s suggestive — it’s a bit unclear if the presence of bed bugs caused such emotional distress, or if it was merely coincidental. 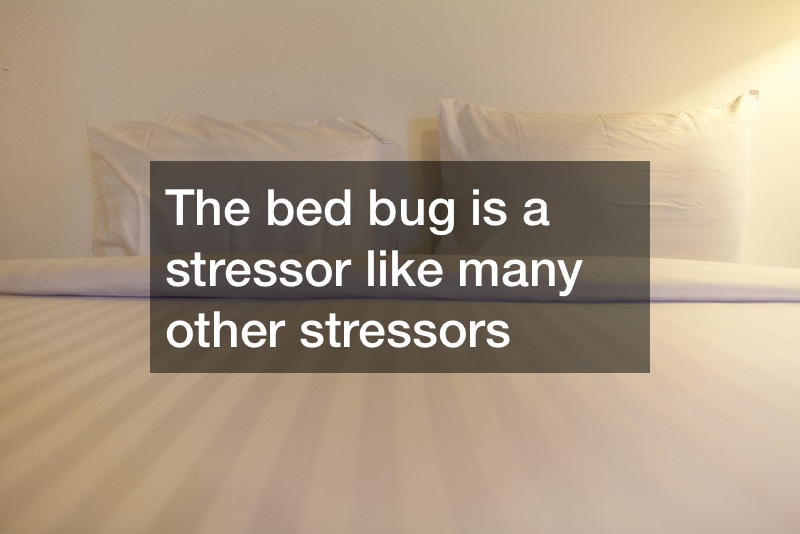 “The bed bug is a stressor like many other stressors,” says Perron. “For people who are vulnerable, it may result in having a pathological fear of bedbugs or even delusions of parasitosis.”

Though such studies aren’t perfect, they’re a good start at looking at a problem oft gone unnoticed. Though the extent of the emotional distress caused by bed bugs is rather unclear, the fact that it exists is important.

“I think all these things sort of added together, suggest that at least bed bugs are associated with anxiety and sleep disturbance,” says Goddard. “Now whether or not a person can truly have PTSD, I don’t know.”