Whiskey is a great drink to share with family and friends after work or during an event. Take the drink in moderation and enjoy its health benefits. Studies show that the best smooth tasting whiskey can reduce the risks of heart ailment or heart failure. This is because moderate use of alcohol raises good cholesterol, which offers natural protection against heart disease. In addition, if you want to lose weight, drinking whiskey can help in weight management. Whiskey contains no fat, little sodium, and simple sugar, which is processed and absorbed quickly by the body. In addition, you will enjoy great tasting whiskey with delicious flavors. 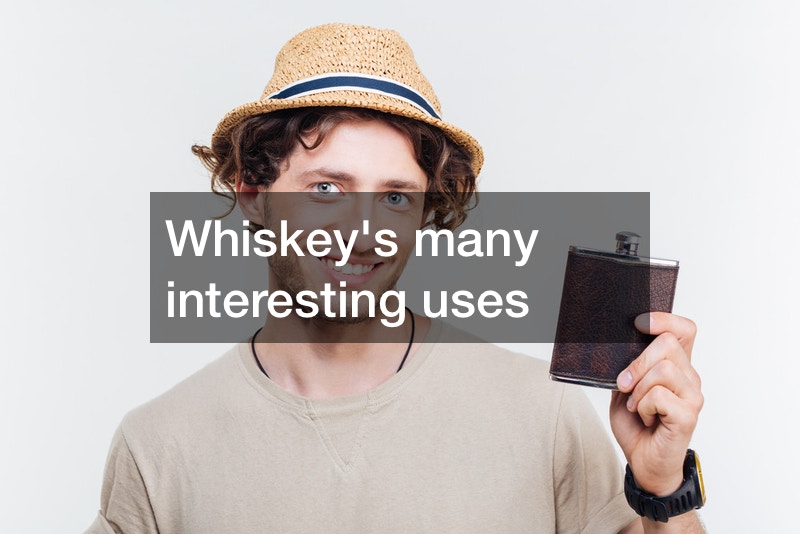 After every day’s work and stress, look for a good whiskey to buy and calm your nerves. However, avoid over-relying on alcohol to fight stress. Always check the oak whiskey barrels before purchase to ensure you are purchasing the best quality. After taking a heavy meal, a glass of whiskey will help ease your stomach. The drink stimulates the digestive system and speeds up digestion. On top of that, if you experience cold or flu, take your whiskey, hot water, lemon, or honey and fight the infection. Check on the internet for good whiskeys to drink to enjoy the benefits mentioned above and many more.

What qualities really allow a distilled spirit to be worthy of the label “Tennessee whiskey,” and at what point could lax restrictions cause this distinct label to become overused and meaningless?

According to Jack Daniel’s, the state’s largest and most famous brand, key qualities of a Tennessee whiskey include filtering the spirits through charcoal, an aging process in unused barrels and of course, being produced in the state of Tennessee.

Arnett has argued that Jack Daniel’s isn’t hoping to edge out the competition by creating strict regulations; in fact, he told state lawmakers, the company has supported the growth of new distilleries by loaning them equipment. Furthermore, the company isn’t “exchanging barrels for votes,” despite what opponents to the law have been claiming.

The Fresno Bee has explained that multiple small companies and entrepreneurs have attempted to move into Tennessee and produce Tennessee whiskey, but have encountered roadblocks from the 2013 law. Although these companies want to market their spirits as “Tennessee whiskey,” they don’t want to abide by the state’s production methods.

Although this particular legal dispute is very specific to the Tennessee region and to the spirits industry, the concern behind the pending legislation is something that countless business owners across the country can identify with. It isn’t always easy to find out whether a big company is trying to protect its wealth, or whether it’s genuinely concerned with the quality of products.

Although Jack Daniel’s is a multi-million dollar corporation and is capable of distributing its product globally, Arnett has been quick to note that the 2013 law primarily protects the businesses of smaller entrepreneurs and that high quality standards have created an impeccable reputation for all Tennessee distilleries.

“Governments must protect property rights in order for the free market to function, and in this case the TN Legislature should protect Jack Daniel’s (and every other distillery currently producing actual “Tennessee Whiskey”) by requiring every distillery wanting to market/sell a product labeled “Tennessee Whiskey” to meet the long-held industry standards of a “true” Tennessee Whiskey,” states Fitzharris.

Tennessee lawmakers are still in the process of ironing out legal details, but in the meantime, Jack Daniel’s has made its intentions clear: any distillery is welcome to move into the area and use whatever production methods it wishes, so long as it doesn’t use the label “Tennessee whiskey” for marketing purposes.

“They don’t have to do anything they don’t want to do,” Arnett stated.